Here’s another reason to visit the establishment: Chef Jessie Rockwell Club recently got a fresh, new makeover — and it’s brighter and cozier than its predecessor.

“When we were doing the renovations, I told people I wanted the place to look as homey as possible,” Chef Jessie Sincioco shared. “So that when people come in, they will feel that they are in a very relaxing place.” 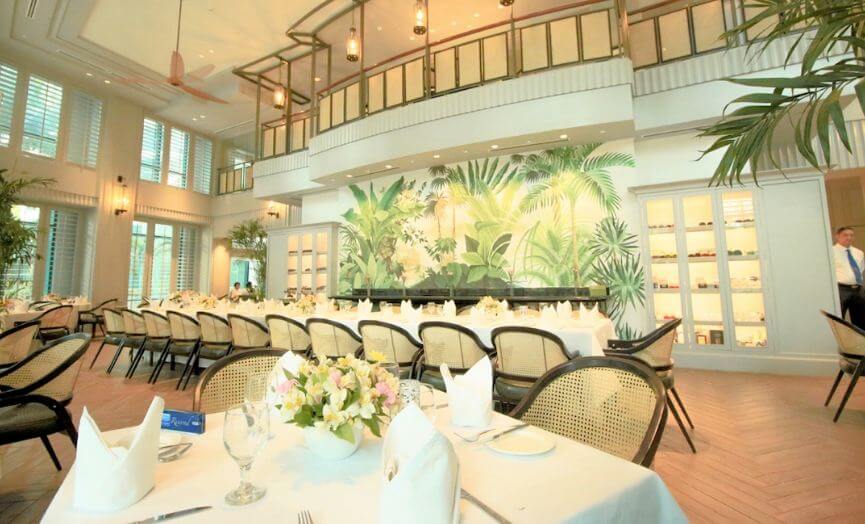 Aesthetic has always been critical to creating a restaurant’s overall ambiance. For Chef Jessie Rockwell Club’s design iteration, Rockwell got the famed Almario sisters — Ivy and Cynthia of Atelier Almario — to helm the project.

Gone is Chef Jessie Rockwell Club’s rustic appeal, in its place is a modern colonial design that gives way to a more open and breathable space.

“The most important factor I considered for this renovation was making the place as relaxing and comfortable as we can for the people who will come here,” Chef Jessie said.

“I wanted people to feel welcomed,” she added. “And I’d like to think we achieved that.”

Indeed, Chef Jessie Rockwell Club’s new design feels like a pair of open and welcoming arms. Its floor-to-ceiling windows have given up their drapes in exchange for shutters to provide more sunlight to the place. The walls now display a light gray and green color scheme, with leafy murals that make for a tropical twist.

“When I was talking to Ivy Almario, she said they will make my restaurant an extension of the garden outside,” Chef Jessie explained, delighted.

One of Chef Jessie Rockwell Club’s main features has always been the view of the sprawling garden and the crystal clear pool outside. This refreshing charm has not been replicated anywhere in Makati City — or in Metro Manila, for that matter. “This place is one-of-a-kind,” Chef Jessie proudly stated.

The restaurant’s dining setting also brandishes new chairs made from solihiya. Chef Jessie was especially happy with this change for its Filipino flair.

“In my restaurant, I like anything that would represent my personality, my heart, and myself as a Filipino,” she shared. She also said that the solihiya chairs make the place homier — successfully adhering to the objective of her renovation project.

“When I see solihiya, I remember…during my younger days, the house of my grandmother had pieces of furniture that are solihiya,” Chef Jessie reminisced. “There’s a hint of nostalgia in it that brings me back to the past.” 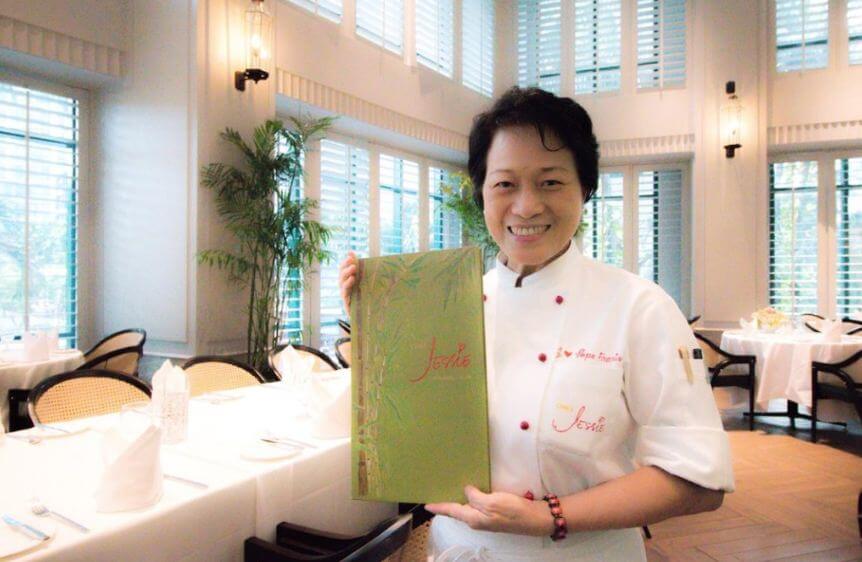 Changing Chef Jessie Rockwell Club’s look meant changing the menu cover, as well. For this, Chef Jessie went for something that will complement the restaurant’s new aesthetic — a representation of a bamboo tree that she hand-painted herself.

“I love bamboos. I wanted to see a bamboo tree on my menu cover,” she said.

But it actually goes deeper than that. Chef Jessie explained that bamboo trees are “strong and stable, despite the fact that they can be so pliant.” Always bending, but never breaking — a quality that can be applied to the service industry, according to her. Much like the bamboo that follows the direction of the wind, restaurateurs like Chef Jessie herself have to constantly cater to the requests and needs of the people they serve.

Thriving in an unforgiving dining landscape is a feat in itself, and Chef Jessie Rockwell Club continues to be a formidable establishment through its stellar menu. Along with the new developments in the restaurant, a couple of new dishes were added to the menu, too.

One of the notable dishes patrons can look forward to is the “Award-winning sisig.” Just from the name itself, you can already expect that it will ruin all the other sisigs you’ve enjoyed in the past.

“You’d think serving sisig in a place like this is incompatible, but we made the sisig a bit gourmet so that it would appeal to people who would come here,” Chef Jessie said.

Before it was included in the menu, Chef Jessie’s sisig actually won the hearts of 1,000 people who attended the Embassy Chef Challenge in Washington, D.C on May 17, 2018. Not only that, but it also won the Judge’s Choice Award from the panel that consisted of 11 judges from different nationalities.

“The sesame seeds come in two colors: black and white. And then, I serve the Goose Liver on a grilled peach for a change,” she added.

This change is brought about by Chef Jessie’s tendency to pair food with something that will enhance its flavor whenever she’s eating. “It’s surprisingly a hit,” she said, referring to the new twist in her Goose Liver dish.

Chef Jessie Rockwell Club’s staunchest patrons know that the menu was lacking pork — but everyone would be pleased to know that this isn’t true anymore as she was recently able to source chestnut pork and olive pork.

“In the past, every time I tried to make pork dishes using local pork, I was disappointed. I also can’t get a consistent supply; sometimes, the meat was too tough and I just couldn’t be happy with that,” Chef Jessie explained.

“Inasmuch as I wanted to please those customers asking for pork dishes, I could not because I didn’t have a nice supply,” she said.

She also added Kesong Puti and Beef Cheeks in the menu, the latter being a dish that caters to her older clients for its nice and tender meat.

If there’s one impeccable quality that Chef Jessie possesses, it’s her unwavering commitment to her loyal patrons. “I really like pleasing people,” she said. “I like making eating pleasurable and introducing new stuff that will make people’s dining experience better.” 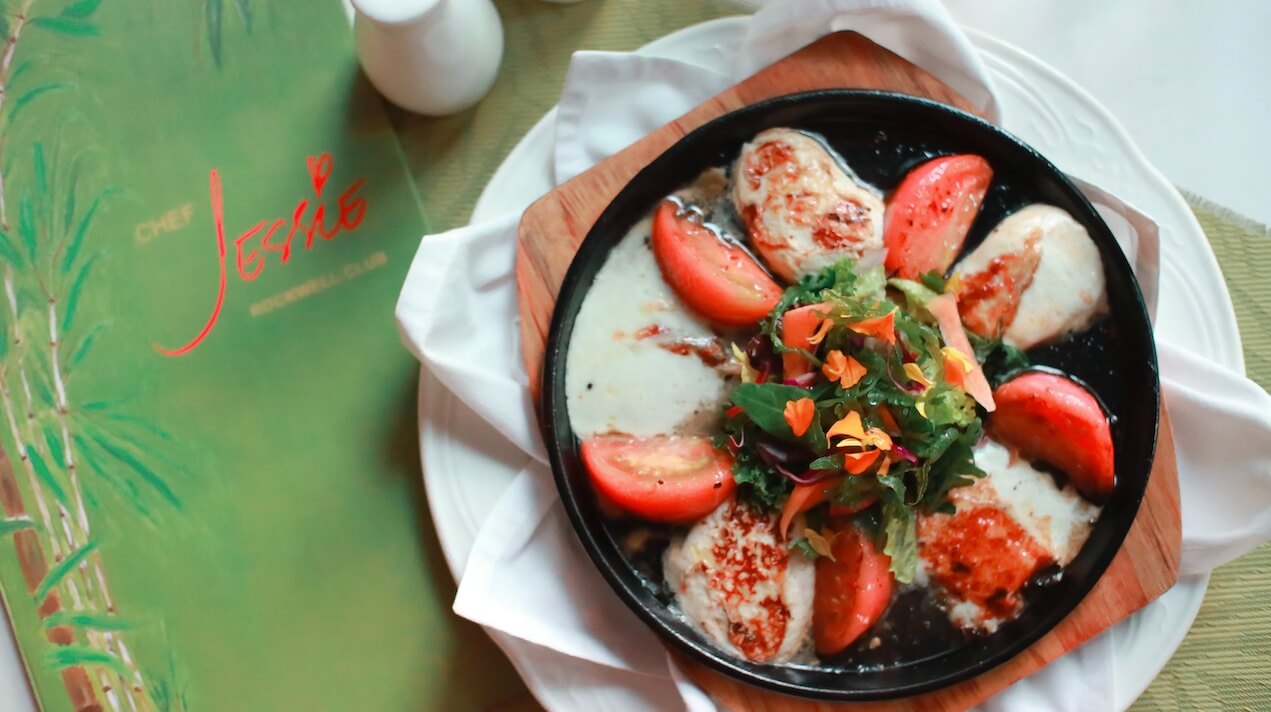 With all the new developments in Chef Jessie Rockwell Club, you’d think Chef Jessie would finish up right there. But 2019 is just starting — there are more things we can look forward to while the year unfolds.

“I am still trying to source out for more ingredients that would make my menu more interesting,” said Chef Jessie, who divulged she’s planning on adding Wagyu beef to her menu.

Aside from this, patrons were also able to enjoy the menus Chef Jessie served His Holiness Pope Francis when he stepped on Philippine soil for His four-day Apostolic visit on January 15, 2015.

Until February 15, everyone was able to savor Pan Fried Jade Perch Fillet in Grenobloise Sauce, Chicken Chimichurri, Roast U.S. Black Angus Rib-Eye in Morel Sauce, and Pan Fried Chilean Sea Bass in Tomato-Artichoke Heart Sauce. 100 percent of the proceeds were donated to the Tulay Ng Kabataan, an orphanage that His Holiness visited together with Cardinal Chito Tagle after celebrating His first Mass at the Manila Cathedral.